“Improving our legal system starts with ensuring we elect competent and impartial judges to apply our laws and Constitution as written, without legislating from the bench.” —Gov. Greg Abbott

Capable and impartial judges are critical to Texans’ respect for the law and to our state’s continued economic success. The laws passed by the Texas Legislature are only as good as the judges who apply them. Activist judges who legislate from the bench pose a threat to the 25 years of carefully crafted tort reforms Texas has enacted, and consequently, to the dynamic Texas economy, which in 2017 alone created 350,000 new jobs!

Texas is one of only a handful of states that elects all of its judges. Every two years, hundreds of judicial seats are on the ballot. On the ballot this November are three Texas Supreme Court positions, 45 positions on the intermediate courts of appeals and hundreds of trial court positions.

Because the Texas Supreme Court only handles about 100 cases each year, the judges on Texas’ 14 intermediate courts of appeals court decide many of the most consequential issues that come before Texas courts, including cases that affect our economy, public safety and education.

In November, be sure to vote for conservative and competent judges who will maintain the rule of law, enforce our criminal statutes and decide civil cases efficiently and fairly. The President of the United States appoints judges to the federal bench but you, the Texas voter, decides who sits on the state court benches. It is an awesome responsibility. 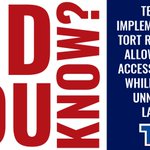