A Rare Step in the Right Direction California has made quite a reputation for itself, and not in a good way.

Case in point: the much ballyhooed addition of coffee to California’s recklessly broad Safe Drinking Water and Toxic Enforcement Act, known as Proposition 65. The proposition “requires the state to maintain and update a list of chemicals known to the state to cause cancer or reproductive toxicity.”

Anyone can file a lawsuit alleging that a company has failed to warn consumers of their exposure to substances on the Prop. 65 list, and as the Wall Street Journal reports, in 2018 lawyers made more than $27.25 million from Prop. 65 settlements.

So how did coffee— one of the most widely consumed beverages in America—land in Prop. 65’s crosshairs? According to the Journal, “In 2010 [Raphael] Metzger sued Starbucks and 90 other coffee manufacturers and distributors, claiming they failed to warn consumers about the cancer risks of acrylamide. Last year a Los Angeles Superior Court ordered the coffee companies to put cancer warnings on their beverages. Mr. Metzger sought as much as $2,500 in civil penalties for each cup of coffee they sold over at least a decade.”

It took another regulation, which takes effect October 1, stating that coffee isn’t a health threat to end the madness, a rare step in the right direction for California lawmakers. Nevertheless, the Journal reports that Metzger plans to challenge the new rule in court and seek retroactive penalties.

When will California realize that promoting a heavy-handed regulatory regime and turning a blind eye to activist judges and an unbalanced legal system is hurting its citizens by discouraging small business development and job creation? And, we ask, when will large public companies quit paying extorted settlements to lawyers who manufacture lawsuits rather than fighting them tooth-and-nail in the courthouse?

As we’ve discussed before in this blog, employers and families are fed up with dealing with California’s excesses and are fleeing the state for Texas and other states that provide a business and legal environment in which people prosper.

Maybe the assault on coffee will be the wakeup call California needs to start to change its ways. In any event, the state’s response to the coffee debacle is a step toward common-sense and reigning in an abusive lawsuit cottage industry. 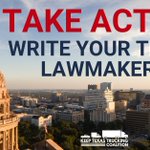